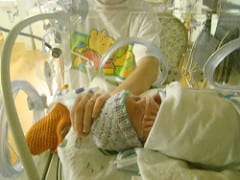 Thousands of yearly premature births in the United States could be linked to air pollution, a new study suggested. These implications cost the nation up to $4.3 billion per year.

Researchers from the New York University looked into the the health and economic implications that may be attributed to exposure to fine particulate matter. Particulate matter are tiny particles with a diameter of less than 2.5 micrometers. This type of pollution is released by factories, traffic and other industrial operations.

They found that 3.32 percent, or 15,808 of all premature births in 2010 could be linked to particulate matter exposure.

“The implications also spread beyond the United States to other parts of the globe where air pollution is likely to be more of a substantial problem,” said study author Dr. Leonardo Trasande, an associate professor of pediatrics at the New York University’s School of Medicine.

The study was published in the Environmental Health Perspectives journal. The findings add to the growing body of literature that highlights the health and economic consequences of air pollution worldwide.

“This is an opportunity for women and families to advocate for efforts to prevent environmental contributors that are really under-recognized,” added Trasande.

The full article, Premature Birth Linked To Air Pollution Costs US $4.3 Billion Per Year can be found on the TechTimes website